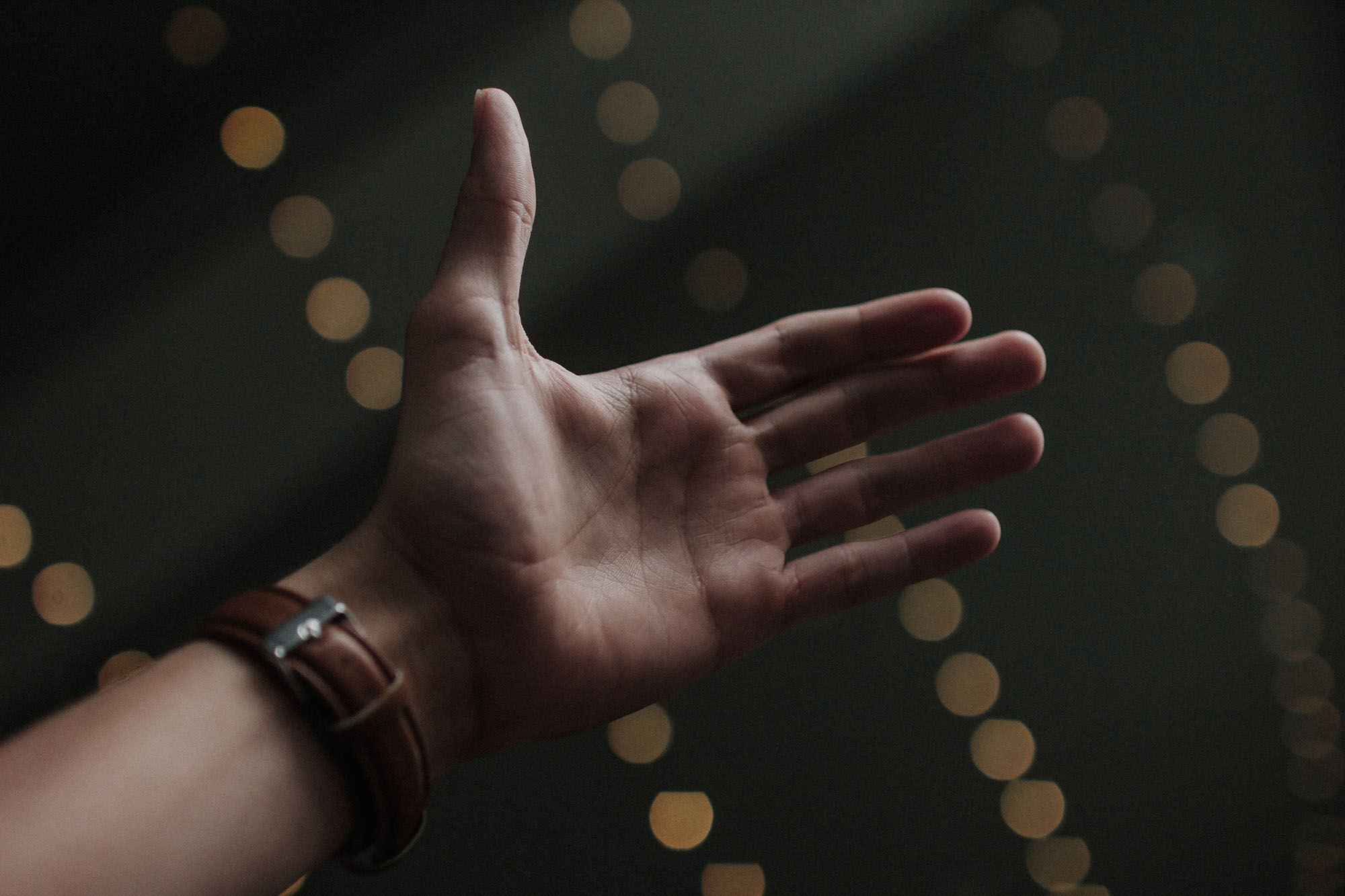 When you have grown up in a church or been a member and served that church for most of your life, you tend to want to control the methods and ministries of that church. It becomes a right and reward for the years of service you have given to God’s house. Plus, it is how it has always been done. With each passing generation, there must be a change to how ministry is done to relate and connect with the upcoming generations.

This is where the open-handed approach comes in. Open-handed means that we are willing to try new things. We are eager to let go of the past if it is not serving the future. Our hands are open and ready to receive whatever God has for us.

Often the reason why a church is struggling is that the members are tight-fisted. White knuckled and gripping tightly to the old way of doing things, even when those ways are no longer effective in bringing people closer to Christ.

We are eager to let go of the past if it is not serving the future.

The up and coming generations and the community at large can not be reached if the church is not willing to recognize the need for change. This may mean new programs or fewer programs — a change to the old way of doing ministry and possibly a change in leadership.

Churches that are open-handed are the most effective at making disciples in an ever-changing culture. The church building, the programs, ministries, and the methods all belong to God. His blessing will come when we extend an open hand and say, “God, do your will in us and through us, and when you show us a different way and a better way, we will follow you.”

Next Post: Empathy is the Key to Walking the Church Body Through Change 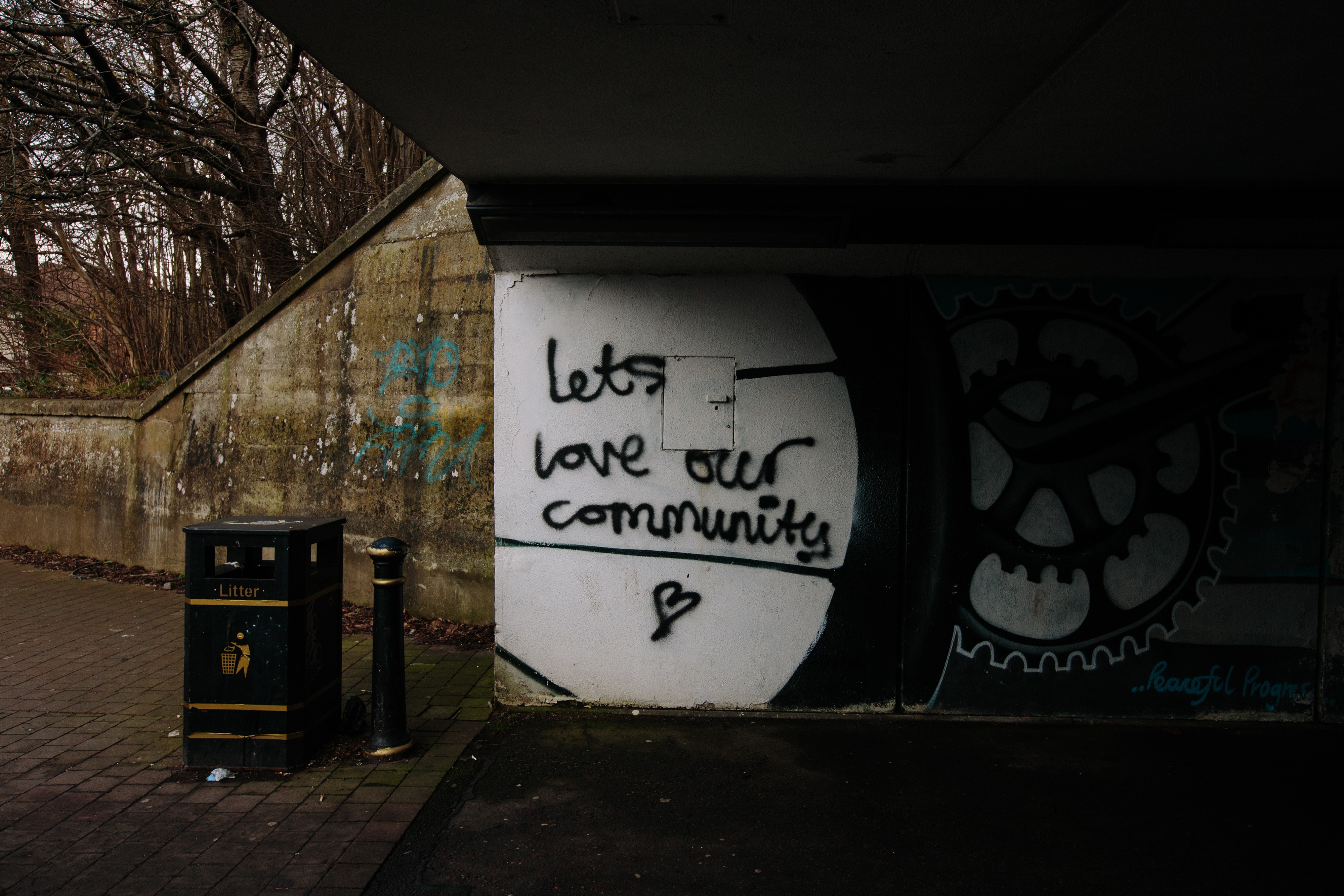 A thriving gospel-focused local church represents hope, love, and purpose in a community. As a local church continuously declines in attendance, giving, and a well-maintained facility, it’s light often dims in its community. As its light dims, the eternal hope of Christ in that community dims as well. Ministries and outreach halts, the facility falls into disrepair, the pastor takes on all duties of the church, even those outside his gifting, and mere survival becomes the focus.

A thriving gospel-focused local church represents hope, love, and purpose in a community.

When restoration happens to a dying church through a successful merger, attendance, giving, and hope in the community rises. The Gospel message emanates into the community. The good work to care for and love their neighbors is once again a priority. Outreach and community events become a regular activity in the neighborhoods. People come to faith, get baptized, and are sent out on a mission. It is inevitable that post-merge a sense of life and purpose return to the community.

Next Post: God Does so Much More with an Open Hand than a Closed Fist. 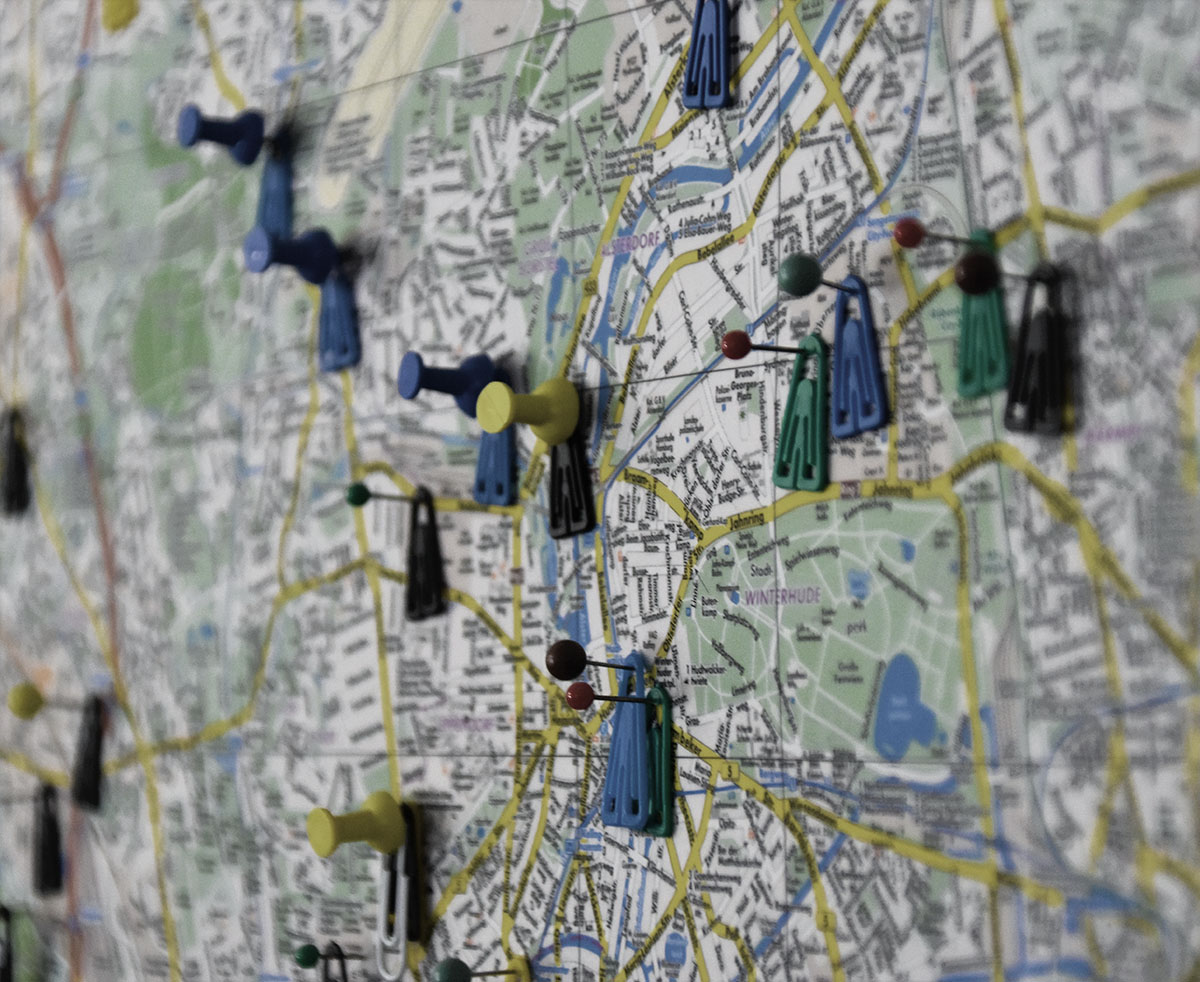 Paul Alexander, pastor, speaker, strategist, and ministry consultant at The Unstuck Group writes an insightful post about the trends he is seeing in the current multisite movement.

“While there are a lot of ways people are trying to do multisite, not all multisite models or approaches are created equal. Some work (more people meeting Jesus and growing) better than others. I think many churches and church leaders are still confused about what multisite is and isn’t.” 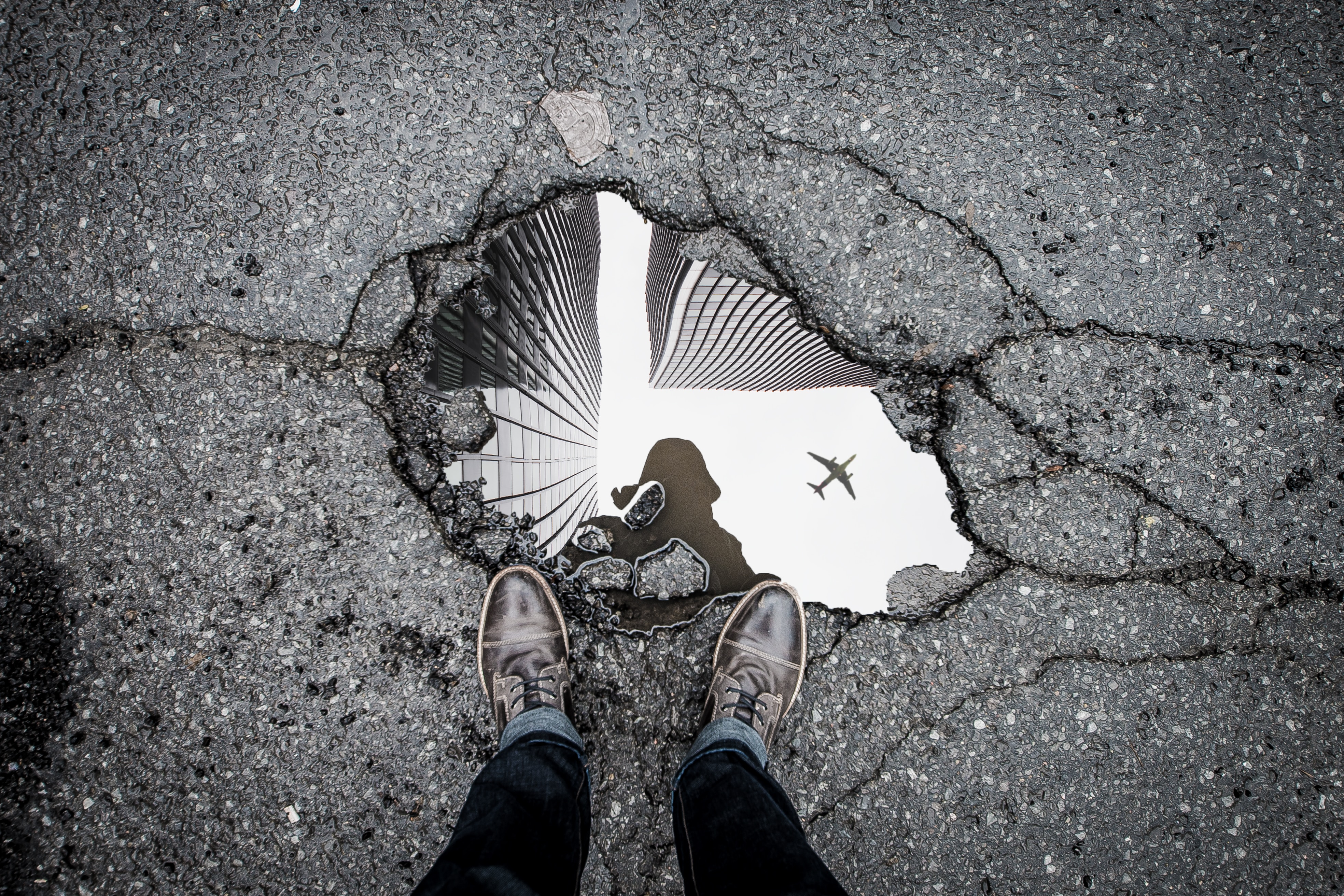 Seven Potholes That Can Destroy Your Leadership by Ron Edmondson

Ron Edmondson is a church and organizational leadership consultant. In this post, he identifies seven traps that leaders tend to find themselves in that hinder their success. Ron calls those traps “potholes.”

“Great leaders are always cognizant the success today isn’t guaranteed tomorrow – so they keep working on developing themselves, their team, and the organization.” 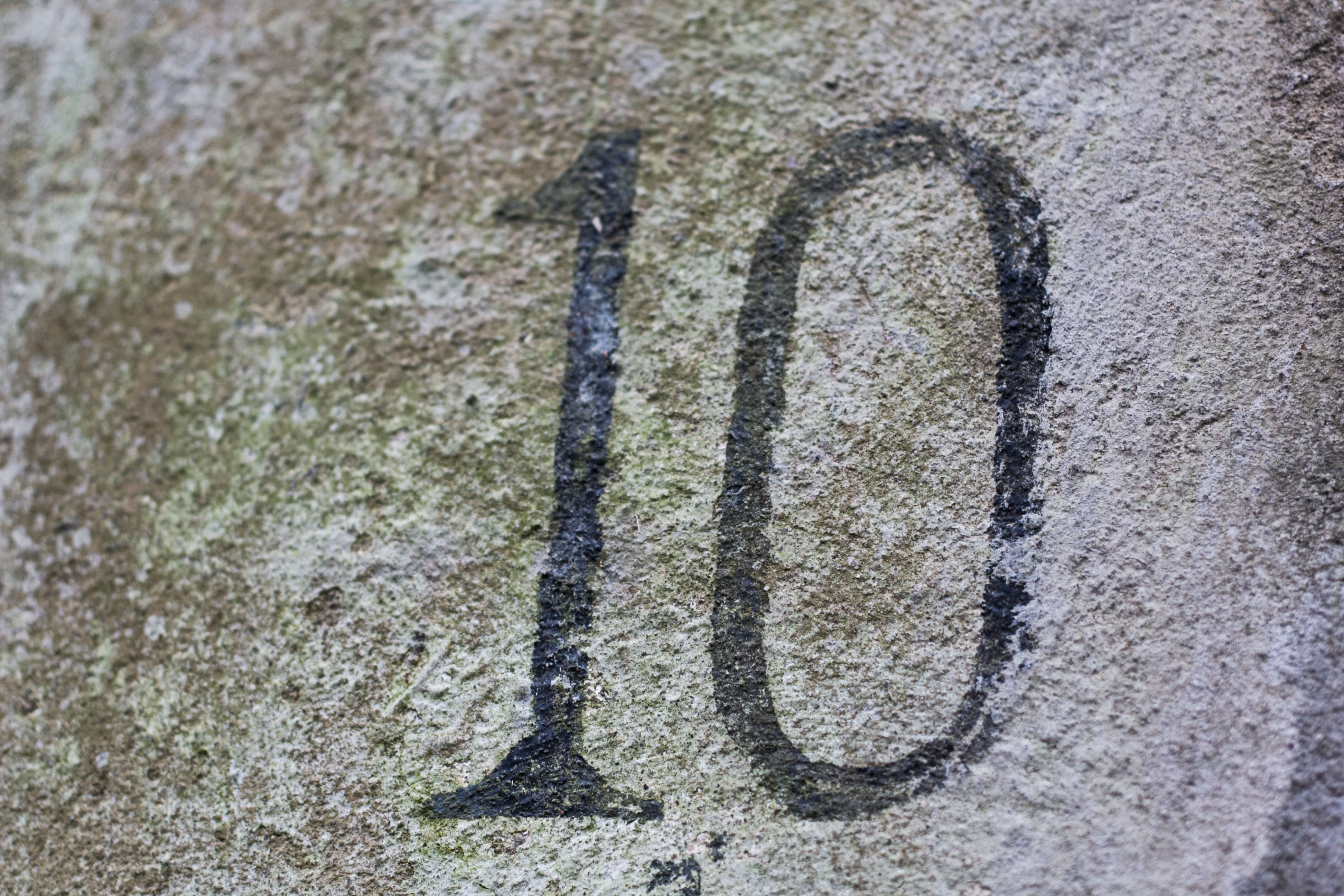 After 8 church mergers and counting, we have learned a thing or two about what it takes for a merger to be successful. Here is our list of the top 10 things we have learned: 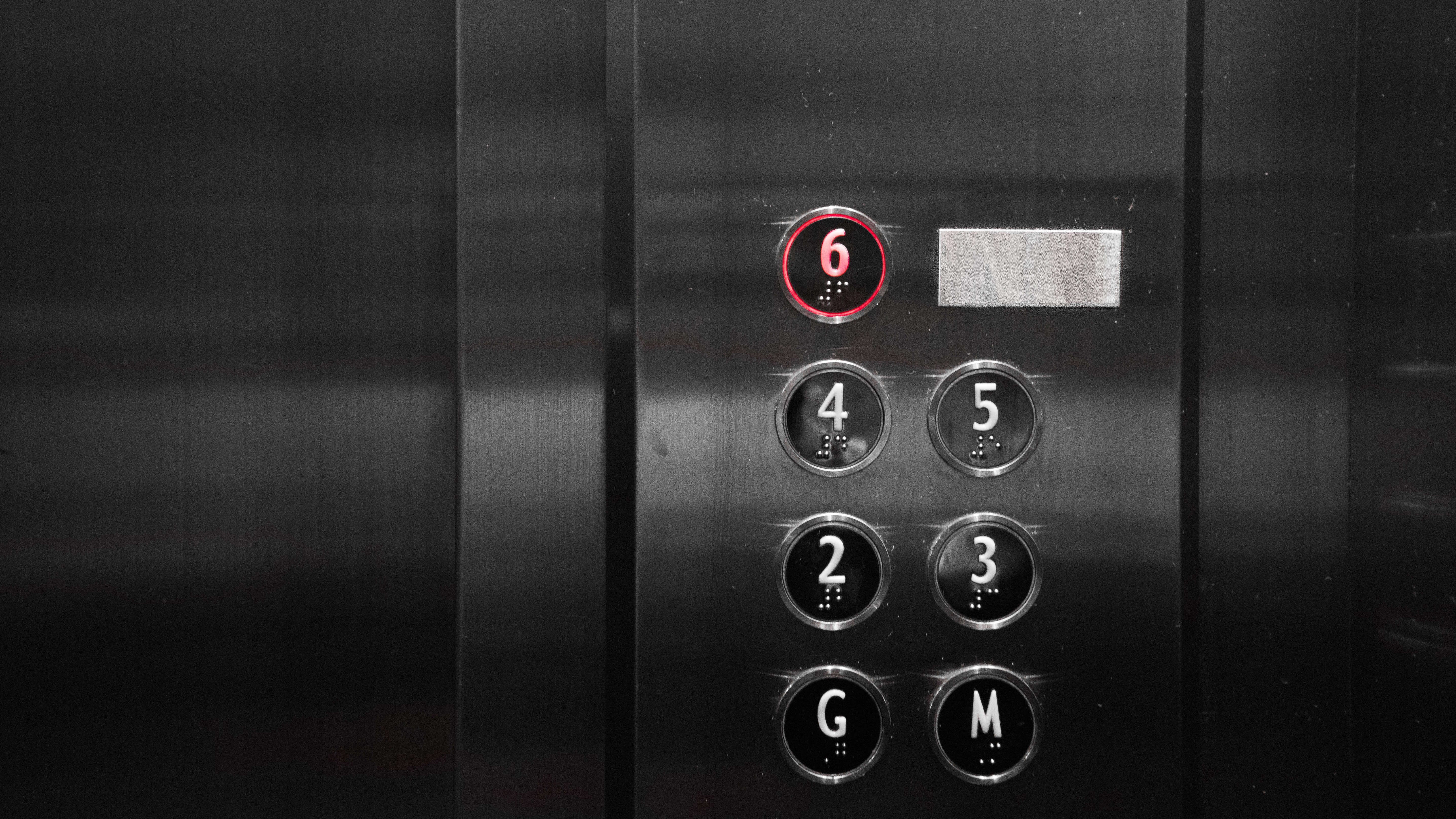 Today is Part 2 of  How to Be a Leader Who Unifies Your Organization  Dan gives the six steps to being a leader that unifies.

The enemy wants to use people inside of your organization to divide it, to pit people against one another and to get people to start gossiping about one another. In Matthew Chapter 4, Jesus is tempted three times, and each time it begins with “Satan said…” I want you to recognize that Satan, the enemy, is talking. He’s talking to you, he’s talking to me, and he was talking to Jesus, 2000+ years ago.

And Satan is talking intending to manipulate, twist, and ultimately use us to create division inside of our organization.

#1 As a leader, the first thing to do is to be aware that the enemy is working against you.

That battle is fought in the Spirit, through prayer, countering lies with truth and ultimately with the Word of God. As you read through the New Testament the apostle Paul wrote letters to the churches. He wrote over and over again about the problem with division. He called the churches and the people to be united. Because ultimately, Paul knew that for the church to realize its mission, the people had to be united.

#2 The leader sets the pace for unity inside of your organization.

If the leader is someone that is continuously driving division amongst the people, that becomes the culture, and that organization will slow down.

Set the pace of unity by modeling the behavior that drives unity. Do and say the things that are going to bring people together. Make corrections of others when they are divisive, which is difficult for many leaders, especially those that don’t like conflict and don’t want to challenge others. This is an essential part of the job; we must correct people when they are becoming divisive.

#3 Leaders use phrases that foster an environment of unity.

1 Peter 3:8 Finally, all of you should be of one mind sympathize with each other, love each other, as brothers and sisters, be tender-hearted, and keep a humble attitude.

This is a practical application of dying to self. And so as a leader, you must lead with sympathy and humility, and as you do that, you will see people come together.

#5 Stop being critical of others.

For some of you, you’re critical of yourself, and I want you to understand that the critical person is not driving unity. Often, they’re driving division as they’re talking bad about someone, or continually criticizing someone’s work or their personality or whatever the case may be. We have to make allowances for one another’s false.

Colossians 3: 13-14 Make allowance for each other’s faults and forgive anyone who offends you. Which remember, the Lord forgave you, so you must forgive others and, above all, clothe yourselves with love, which binds us all together in perfect harmony.

I want to give you some language if you struggle with being critical, and a phrase I think will help you to fight against the urge and the temptation to criticize others or criticize yourself.

I want you to think about leaving. I know that doesn’t sound very easy, but I want you to know there’s so much on the line when an organization gets divided. When people are fighting against one another with bitterness and anger that business or church is going nowhere.

When I’m talking about unity in front of groups or the staff here at Sandals Church, I’ll say, “Before I become divisive or if I realize I have become divisive inside of our church, I am going to quit.”

I’m going to leave because I know how vital unity is, and I say that for a couple of reasons, one is for accountability reasons, if I start talking to an employee and I’m trying to get them to think in a very negative and critical way about our Senior Pastor, Matt Brown, and they’ve heard me say I’m going to quit before I become divisive, I want them to challenge me and hold me accountable. I want them to say, “Hey two years ago, I heard you say you’re going to leave before you become divisive.

And so I say this publicly to our team because I want them to hold me accountable, and I wasn’t to set the pace. I want to set the pace for our staff. If I say I’m going to leave if I become divisive, I want our team to do the same thing. I don’t want people to leave. And I know this is a pretty heavy idea, but it’s important, and we have to fight for unity.

Unity is like gas in the tank, and division is like sand in the tank of your organization. The more we’re unified, the faster and further we will go. The more divided, the more we’re going to struggle to realize our mission. And remember, the leader, you set the tone. You set the pace. It’s through your words and actions, that’s going to drive either towards unity or towards division.